The other mixing tank is consist of mixing hopper, and 2 shear mixing pump with its individual control panel, another transfer pump is on another side of the mixing system to transfer the mud. The pump can cut the chemicals into small pieces for better mixing performance of the chemicals, 2 each round chemical mixing tank are located in the mixing skid, with mud agitator on top of the mixing tank and liquid level meter, pipelines, valves, etc. accessories are attached. The painting and coating color is customized as per client’s requirement. 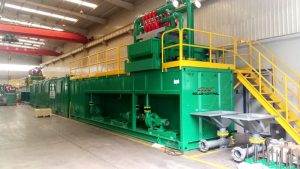 One mud tank 9000x2300x2150mm which is customized design size to meet their storage capacity requirement. For compact design and better mud cleaning performance, we installed the double deck shale shaker with desilter cones to meet the client’s capacity requirement. A centrifugal pump as feeding pump of the desilter cone, one centrifugal pump as mixing pump for the venturi hopper. The mud agitator and mud gun installed on the mud tank for agitating the drilling mud and prevent the solids from silting. An extra submersible slurry pump is equipped as the feeding pump of the mud recycling system from the mud pit.
Features of the 2 sets of mud recycling system:
1) Compact design with the biggest storage capacity as per the client’s requirement
2) Container loading size for convenient transportation and cheaper sea freight cost
3) Mechanical seal centrifugal pump, the impeller and pump casing material is made from hard ductile iron alloy, increased abrasion resistant capability. 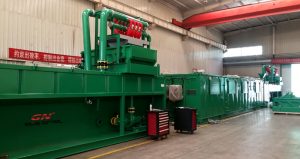 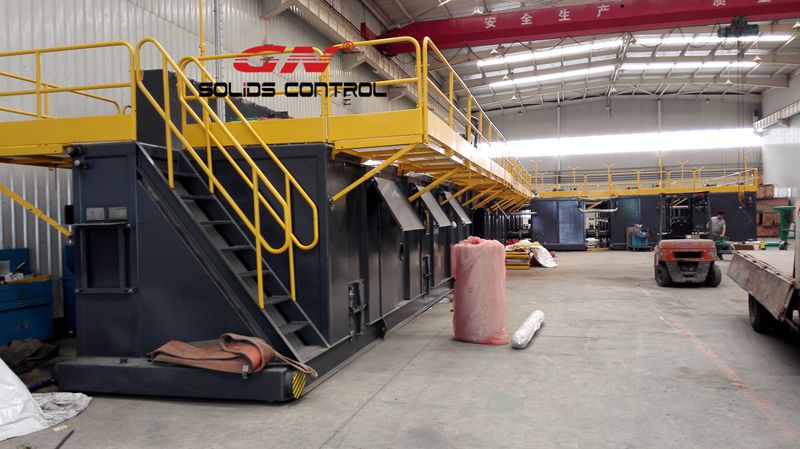 The equipments in this drilling mud system include following: 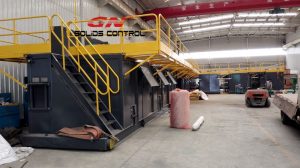 In each year, GN engineer team makes new improvements for the existing equipments and also design and put into reality the new equipments to feed the new standard for the environment protection or the requests from the clients and end users. That’s why GN’s products such as shear pump, Mud Gas Separator , mud agitator , Vacuum Degasser ,etc. and fame are becoming better and better. In the past year, GN has put into use the solidification unit for the oil based mud cuttings and end users from both domestic and abroad give good feedbacks.