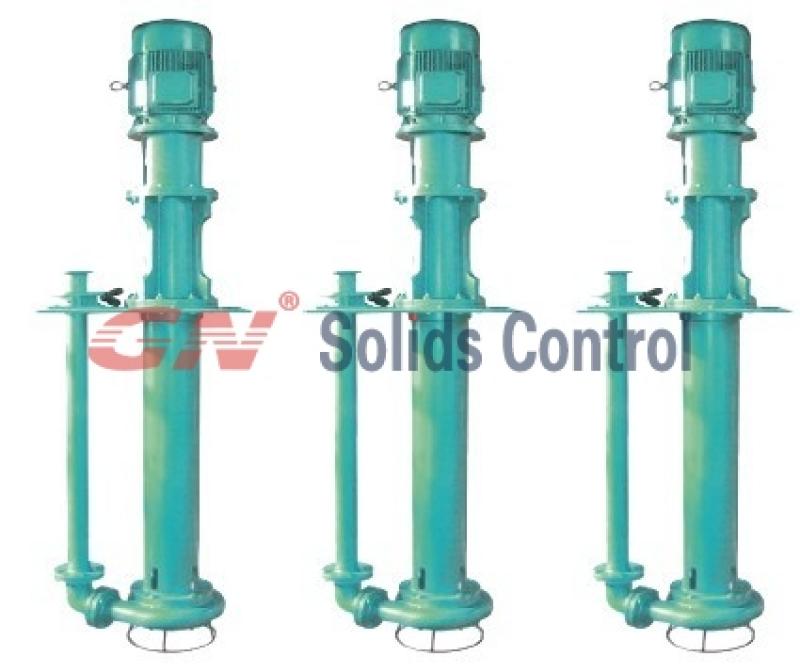 As the only China manufacturer who can produce both vertical cutting dryer and big bowl centrifuges, GN Solids Control has a wide range of centrifuge options. And, of course, the feeding pump is important, too. Besides main equipments for drilling solids control and waste management systems, GN also produce and provide feeding pumps for main equipments.

Normally, for centrifuge feeding pumps, there are 2 options, which are submersible slurry pump and positive displacement pump.

Thanks, My Valuable Clients

Last week, GN engineer came back from a jobsite at Middle East, he brought back not only valuable feedback from the end-user and important data for jobsite commissioning, but also, more important for us, the customer’s trust for GN and their future cooperation plan with GN.

As sales of GN Solids Control, my colleague and myself, are very happy to received a huge bag of gifts from my customer. To us, they are not only gifts, but also, the sign for their satisfaction of GN high quality products and GN reliable technical support. They are indeed the approval of our work.

This customer is a powerful drilling waste management service provider in Middle East, they have projects all over middle east, and they have their own producing ability for all parts used in their package, except for high speed decanter centrifuge. This time, they purchased 2 sets of GNLW363BG-VFD decanter centrifuges from GN, as their boss said when signing contract with GN” we only focus on Top Quality products”.

In a word, GNLW363BG-VFD is an ideal choice for their jobsite.

And this time, GN sent chef electric engineer to their jobsite for first time commissioning. They commend GN’s engineer as” a professional engineer and an esteemed person”. They spent a good time during the successful commissioning. 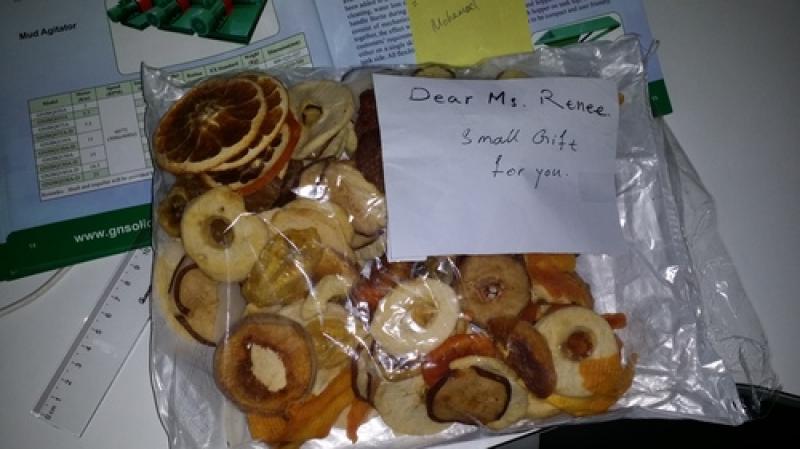 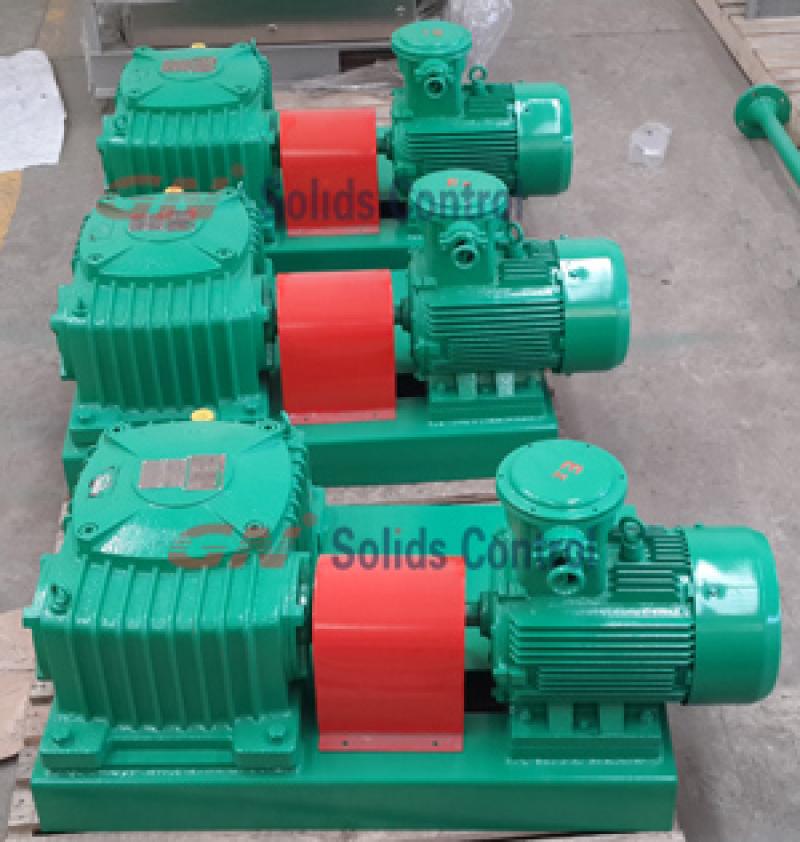 Mud agitator, as an auxiliary equipments in solids control system and main equipment for mud plant, plays an important role in drilling mud tanks. It helps the drilling mud in tank to be evenly mixed and avoid from sedimentation.

Normally, there are two types of mud agitators:

Comparing with vertical type mud agitator, this horizontal mud agitator need more space on tank top. But also because of the horizontal location of motor and gear box, both of which are installed in same level of surface, it is easier to maintenance and repair.

Recently, the horizontal solution is more popular in usage. 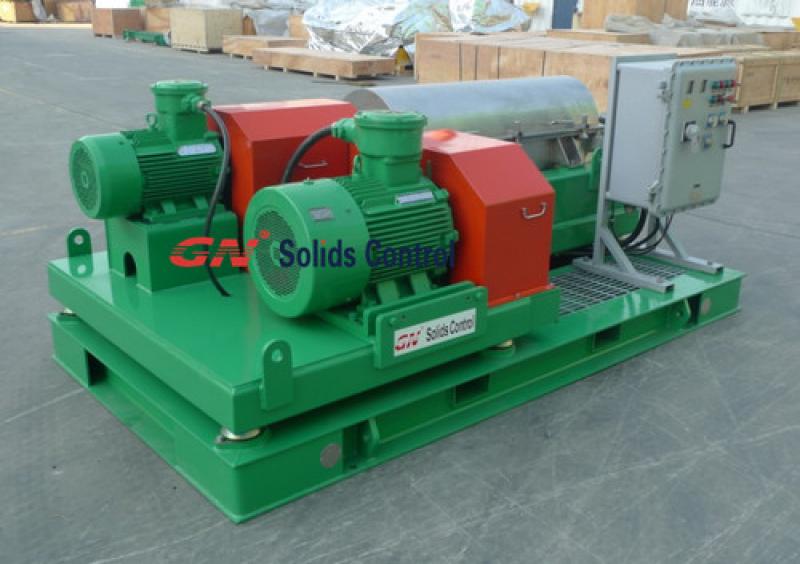 Of course not. For fixed speed GNLW363BG, GN can provide customer extra pulley and belt sets for reaching other requested speeds, like the designed speed is 3200RPM, and extra speed 2500RPM and 1800RPM available.

High Fixed Speed May Cause Damage to Machine?

Of course not. In somebody’s eyes, a sudden high speed will do damage to machine or motor. But GN engineers have already taken this into consideration. They use hydraulic coupling for fixed speed centrifuges to solve this problem.

May you need centrifuges for high speed or middle speed, fixed speed or VFD, 14 inch bowl or big bowl, you can consult to us, we have several options for you. 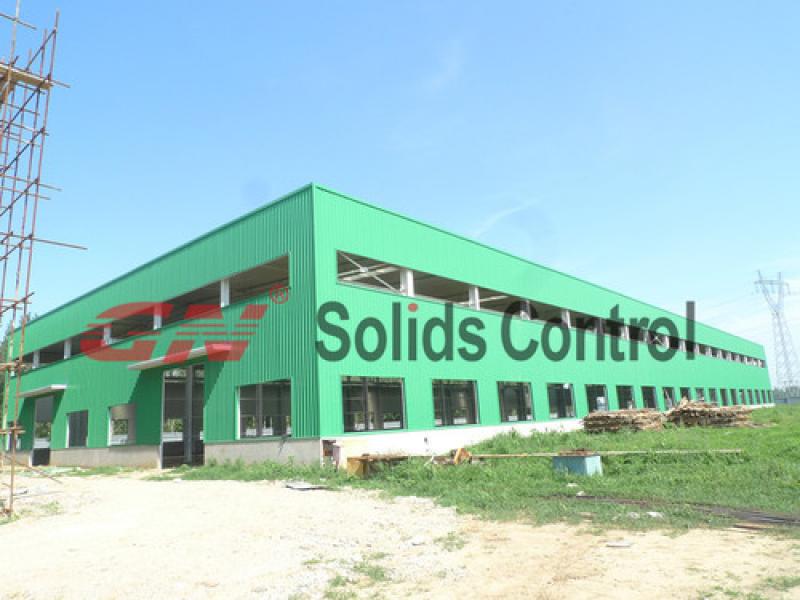 By end of next month, September of 2014, GN Solids Control’s new factory will be started. This is the 4th factory GN owns. And this factory will play an important role in GN production line.

Since its establishment in year 2007, GN grows from a single factory company to today’s top manufacturer of solids control and waste management company in China. It owns 4 factories: old factory in city of Tangshan, new factory near Beijing, a separate factory for shaker screens and the above mentioned one, a new factory with office building and workshop.

Recently, orders for centrifuges come from everywhere in the world. Some old customers even complain that GN never has in-stock centrifuges. GN is sorry about that too. For each lot of under production centrifuges, before production finished, all are sold out. The new factory will solve this problem for GN Solids Control, this is no doubt a good news for both GN staff and GN valuable customers.

For the new factory, GN will continue its high standard for quality control and advanced technology used for precise products. And GN is always willing to do better in providing the customers and end users with most suitable solutions and highly efficient equipments.